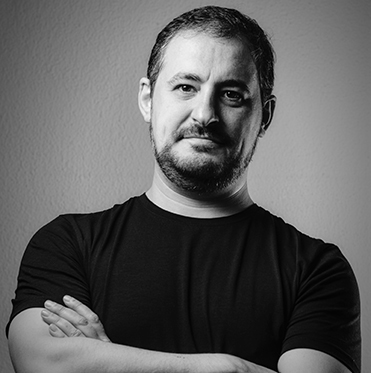 David Baldeσn started his professional activity in 1999 with the Fanhunter: USA one shot, published in Spain by Planeta DeAgostini and Fanhunter: Barnacity by Gaslight (2000) for Fanhunter. In the animation field he has worked as a storyboarder, layout, key layout and key BG artist, and also as director and coordinator of several storyboard and concept design teams. Although he has occasionally returned to storyboarding (Nacho Vigalondo’s 2007 Timecrimes), most of his body of work is in US comic books. For DC comics, he pencilled several issues of the Blue Beetle and Robin series (2007- 2008). He has steadily worked for Marvel Comics since 2009, in books like Nomad: Girl Without a World, X-Men Legacy, Nova, Web Warriors, Tsum Tsum or Domino. He also pencilled IDW’s D&D Forgotten Realms: Cutter, Angry Birds comics and Skylanders comics. His latest works for Marvel include X-Factor and the miniseries Ben Reilly: Spider-Man.