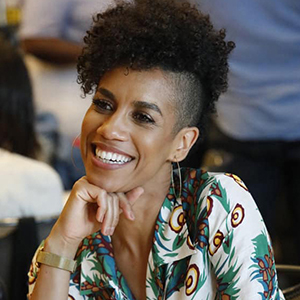 Dominique Jade Tipper is a British actress, dancer and singer-songwriter. She rose to prominence in her role as Naomi Nagata, the engineer in the SyFy/Amazon Prime Video science fiction television series The Expanse. Until 2012, Tipper performed as a commercial dancer with musical groups and artists. As a solo musician, she has published the promotional single Superstar, among others. Tipper’s film roles have included as Sarah in the British athletic drama Fast Girls in 2012, as Gabriela in the fantasy comedy horror Vampire Academy in 2014 and also as Maddie in the Austrian science fiction film MindGamers in 2015. She is best known for her television acting breakthrough in 2015 with her main cast role as Naomi Nagata in the science fiction series The Expanse. Her newest project is a role in the tv mini series Headhunters.