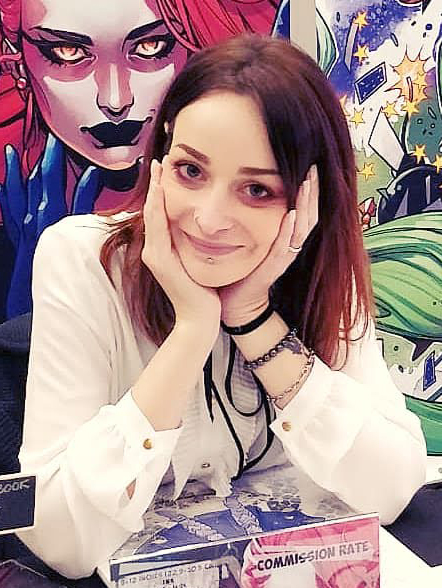 Laura Braga is an Italian cartoonist and illustrator, best known for her work in FUTURE STATE: THE NEXT BATMAN, written by John Ridley, for DC Universe’s mainstrem event starring the first African American Batman, Tim Fox. She currently works for DC Comics, Marvel and Archie Comics.

Laura Braga began her career in 1999 as a storyboard artist for television commercials. In 2005 she met and collaborated with Milo Manara, whose influence led Laura to a more realistic style. She made her debut in American comics in 2012 working for Top Cow as a regular artist on the hit series Witchblade. Since 2014 she has worked for Marvel on titles such as Superior Iron Man, Captain Marvel, The Punisher and Dazzler.

She also works for Archie Comics on the covers and internal pages of BLOSSOMS 666 and the mini series Archie and Katie Keene, and covers for Dynamite Comics as a cover artist.

Since 2015 she has been collaborating with DC Comics working on great characters such as Batman, Superman, Wonder Woman, Harley Quinn, Supergirl, Green Arrow, DC Comics Bombshells.