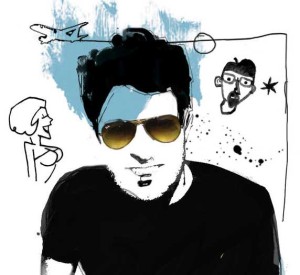 Costas Sklavenitis was born in Lefkada in 1984. He studied at the department of Plastic Arts and Art Sciences of the University of Ioannina and continued with a Master of Arts in Design at AKTO – Middlesex University.

In 2009 he started working as an illustrator and comic artist. He has collaborated, among other things, with the magazine “Taxidromos”, the newspaper “ΤΟ VIMA” and the publishers “Ennoia”. Since 2010, he has been working as a cartoonist for the newspaper “Τa Nea”. He also collaborates with the magazine of Books’ Journal and socomic.gr, for which he creates comics and illustrations.