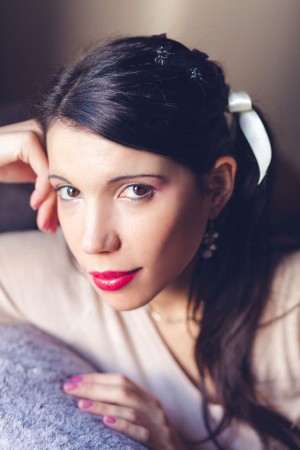 Nad Cosplay greets us from elegant France where is a well known cosplayer with the nickname Mimigyaru.

She started cosplaying in 2006. She is a fan of fantastic universes, so her first costume was Lulu from “Final Fantasy”. Since then she has made more than one hundred costumes from manga, cartoons, video games. Her latest big project was Katniss Everdeen’s wedding dress from Hunger Games, which she wore during the ECG finals 2018. Her experience has allowed her to win numerous national cosplay competitions such as the NCC organized by Paris Manga in 2015. She also won a place at the French national team participating in international competitions such as ECG, EuroCosplay, Yamato Cup in Brazil where she won 2nd place and MAGIC 2019 in Monaco where she finished on the highest step of the podium. That same year she won the TV show “Cousu Main” which was broadcasted on the French national channel M6, presented by Cristina Cordula and judged by professional designers. After that she published a book on sewing with many designs and their procedure how to produce them. With a growing community on social networks Nad shows her sense of detail, and gives advice and mini tutorials on how to make costumes that can be appreciated by beginners and experienced cosplayers alike.

Nad Cosplay is visiting our convention with the support of Institut Francais Grece.