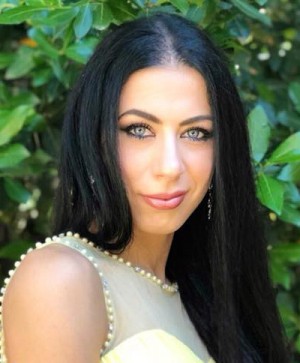 Maria Laura Sanapo is an Italian comic artist who after taking a degree in foreign languages, decided to become a comic artist, taking lessons from Marco Santucci, her mentor and husband. She worked for Valiant inking some of Emanuela Lupacchino’s covers before moving to Dynamite as the inker for the John Carter Warlord of Mars covers. Additionally she has worked as cover artist for Zenescope and interior artist for the DC Comics series Bombshells.

While in Dynamite she has worked as both cover and interior artist for the series Grimm and along with fellow attending creator Erica Schultz is working on Charmed (from the TV show). As if that was not enough, she was also the cover artist for Titan comics Assassin’s Creed and Sheena: Queen of the Jungle for Dynamite.

Lately she has worked on KISS: Blood and Stardust and the Vampirella/Dejah Thoris crossover as cover artist.