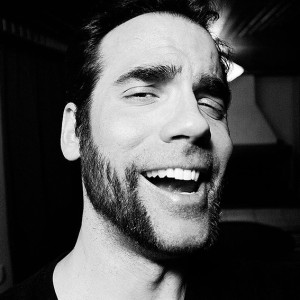 Gordon Blacksmith was born in Piraeus in 1980 and spend his childhood with soccer, novice stunts on girl’s bikes and self-made Captain America shields. He studied Mechanology and Graphic Design, which has been his day job through Advertising Companies, Record Labels and Publishing Houses. He currently works incognito, wearing salmon shirts and excessive designer glasses in a Fashion Agency. His comic strips, “Eddie and the Demon”, was published for fifteen years as a two page feature along with the Greek issue of Metal Hammer magazine, from 2001 to 2016 and it has been voted by the readers as the best regular column. It’s been published in two different volumes and its main character, “Eddie Banger”, was the face of Slayer’s advertising campaign “PAME GIPEDO”, on their last appearance in Greece.