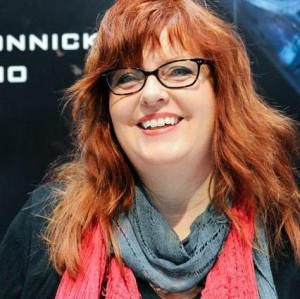 Gail Simone is an American writer of comic books. Best known for penning DC’s Birds of Prey, her other notable works include Secret Six, Welcome to Tranquility, The All-New Atom, Deadpool, and Wonder Woman. She became the writer for a new Red Sonja series in 2013 with Dynamite Entertainment, and for the 2017 series Crosswind from Image Comics. Simone has been noted as being one of the most influential women in the comic book industry. Her blog, Women In Refrigerators, is noted for raising awareness of the representation of women in comics. In 2009, she was inducted into the Friends of Lulu’s Female Comic Creator’s Hall Of Fame. In 2010 and 2012, Simone was nominated for a GLAAD Media Award for Outstanding Comic Book through her work on Secret Six.In July 2014, Simone was awarded the first ever True Believers Comic Award for Roll of Honor/Comic Excellence at London Film and Comic Con.