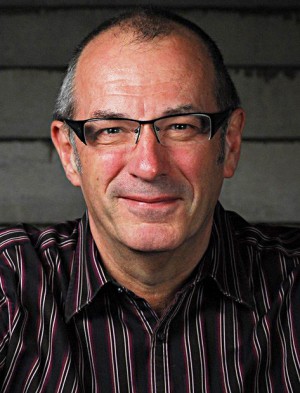 David Gibbons is an English comics artist, writer. He is best known for his collaborations with writer Alan Moore, which include the miniseries Watchmen and the Superman story “For the Man Who Has Everything”. He was an artist for 2000 AD, for which he contributed a large body of work from its first issue in 1977. Among the above he has worked on titles like Green Lantern Corps, Dan Dare, Tharg, Doctor Who, The Flash, The Phantom, The Brave and the Bold, Martha Washigton Give Me Liberty. He is also the co-creator of Rogue Trooper. To read more about his work press here.

Dave Gibbons is visiting our conventoin with the support of Anubis publications.