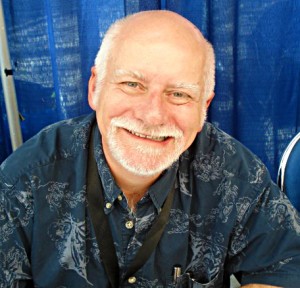 Christopher S. Claremont is an American comic book writer and novelist, known for his 1975–1991 stint on Uncanny X-Men, far longer than that of any other writer, during which he is credited with developing strong female characters as well as introducing complex literary themes into superhero narratives, making X-men into one of Marvel’s most popular series.

Mr. Claremont is going to be at AthensCon 2019 to meet his fans, sign autographs, give a very interesting panel and workshop.

ATTENTION: Mr. Claremont will sign for free the five (5) first items. After that each autograph will cost five euros (5€).