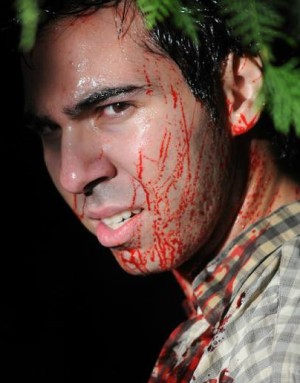 Steve Chatzidakis, or “Agoto” as his friends call him, creates art pieces from a very young age. He is a resident of Athens, Greece and he holds a Master of Arts in Graphic Design degree from Middlesex University of London. Despite the fact he has only participated in three art conventions, he has tons of his work published since 2011, when he started working at the daily newspaper “CHRIMATISTIRIO” (Motor Press) and later as an Illustrator for kid’s books edited by Bookstars Publishing _A collaboration that holds until this day. Currently, he is pursuing a career as a freelancer, in the fields of corporate identity, typesetting and desktop publishing but his passion is being and has always been to draw comics and Illustrate by using both traditional and digital media. His future goal is to put together a team in order to co-create their own comic universe.