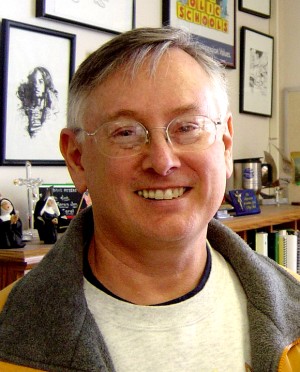 Bob McLeod is an american comic artist who began his career working in the production department of Marvel Comics in 1973. He began penciling and inking for Marvel’s Crazy Magazine, doing several movie satires and the “Teen Hulk” strip. He was a member of The Crusty Bunkers inkers while working at Adams’ Continuity Studios, and became an inker at Marvel and DC Comics on many series, including The Incredible Hulk, Conan the Barbarian, Legion of Super Heroes, Detective Comics, Wonder Woman, and The New Titans, as well as penciling Star Wars and several Spider-Man fill-ins for Marvel. He also is the co-creator of New Mutants with writer Chris Claremont. If you want to read more about Bob McLeod press here.