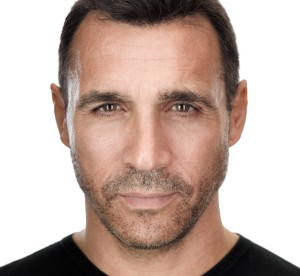 Adrian Paul is an Italian-English-American actor known for his titular role as Duncan MacLeod on the television series Highlander: The Series. Paul first became a model, then a dancer and choreographer. Paul’s first role was on the ABC television series The Colbys in 1986, as ballet dancer Nikolai “Kolya” Rostov. After that he appeared in several tv series like Tarzán, Murder, She Wrote, Relic Hunter even as himself in WWE SmackDown. He also appeared in an episode of Charmed as well as in the television films Shooter and The Cover Girl Murders, the latter of which starred Lee Majors. His first film appearance was in the 1988 film Last Rites. followed by his appearance in a regular role in the second season of the television series War of the Worlds, the Dark Shadows remake and made a pilot for CBS Television for a series called The Owl. Paul was cast in 1992 in the role that he would portray for several years, that of Duncan MacLeod in the syndicated television series Highlander: The Series, which aired in October 1992. He also starred in the spin-off film, Highlander: Endgame, and the fifth Highlander film: Highlander: The Source, released as a television film on the Sci-Fi Channel on 15 September 2007. Other films in which he has starred or co-starred are Dance to Win, Love Potion No. 9, Dead Men Can’t Dance, Susan’s Plan, Merlin: The Return as Lancelot, Convergence, The Void, The Breed, Storm Watch, Nemesis Game Throttle, and Phantom Below. In 2006, he co-starred in the horror film Séance and in Little Chicago. A year later, Paul appeared as Ananias Dare in the Sci-Fi Channel original film Wraiths of Roanoke. He starred as Sir Francis Drake in the Sci-Fi Channel original film The Immortal Voyage of Captain Drake, the futuristic thriller Eyeborgs, and the thriller-drama The Heavy. In March 2019, he joined the CW series Arrow in a recurring role, playing a villainous character named Dante. He has studied a range of martial arts and has been featured on the covers of Impact (three times), Inside Kung Fu, Karate International (four times) and Martial Arts. Paul is also involved in the development and production side of the entertainment industry. In 2008, he joined with Zoltan Furedi and founded Filmblips, an independent film and television media production company.